One of FV's projects is the magazine, Mission Frontiers. I recently had the privilege of writing 6 articles for a single edition, all on the topic of "insider movements".

I included an introduction to those which I am including here. If you are interested the full edition is available for free, online, at Mission Frontiers.

Here are some brief explanations of each article to outline how they are connected.

1 Insider Movements: Should We Still Be Talking About Them? Yes and No

Here I take up the earliest definitions and my latest thinking about what insider movements really are, in their essence. Rather than tying them to specific religious expressions, I propose a deeper core.

2 Insider Movements: How Do You Know if You Have One?

I will address topics here that do not only affect how we understand insider movements. The whole question of measuring movements is a vital one, and one we espouse in MF. Look again at the front cover for example: you will find the latest count of movements among the unreached. How "measurements" are applied in the case of insider movements may be a uniquely challenging question, but it is not totally separate form concerns about any movement.

3 Insider Movements: The Role of Being an Alongsider

Just as new vocabulary emerged to try to explain what was happening in certain contexts, and this the term " insider" was coined, so too, there is increasing research and conversation about how to talk about the role of the missionary, or worker. The natural option, in the case of insider movements would have seemed to be outsider. But that does not convey either the aspirations of workers nor the reality of how they work.

More and more the term "alongsider" is sued and this is my brief attempt to describe that. Again, this is not unique to insider movements.

Becoming people who can live alongside in keeping with what I have laid out here requires that we, in our being, become different ourselves.

4 Insider Movements: How Do They Keep "Right"?

In this article I take up the concern people feel about how to assure that insider movements do not deviate into syncretism and false teaching. Yet again: a concern that is true for any movement, and indeed for us in the west (and us individually by the way). What I will share here in fact should help us all, I would hope.

5 Insider Movements: Where Does This End Up?

Typically, conversations about insider movements focus, rightly, on the past history, development, and present dynamics of a given movement. However, it is important to ask about their future trajectories. And here I describe, not prescribe, three main "futures" as those have been described to me by various insider movement leaders.

And finally, not discussion of insider movements is fully complete without attempting to address some of the more common questions and concerns. My contribution to that here is not exhaustive or comprehensive. But I hope it helps clarify and explain in a helpful way.

May His Kingdom come, and may that result in the fullness of His blessing for all the families and peoples of the earth! 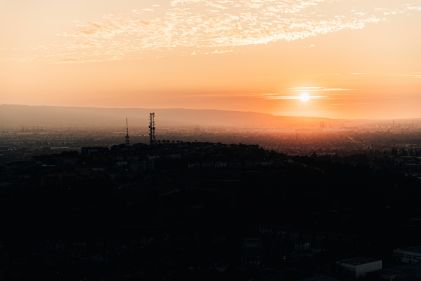