Who was Ralph D. Winter?

It was eleven years ago today that Ralph D. Winter died.

I remember going over to his home that evening to say goodbye. A number of long-term staff were outside praying and reflecting on his life, as Barbara and some family watched him take his last breath. Often, people have few visitors in their last days, so as a stream of people visited during the whole week, the hospice care worker wondered out loud, "Who is this man?"

That is a tribute and testimony to his life's impact.

Winter was a compelling and innovative leader as well as a missiological thinker who simultaneously frustrated administrative types with his never-ending stream of new ideas and approaches. I witnessed both aspects in my 27 years working with him.

I first heard Winter in the fall of 1976 at a Student Conference on World Evangelism.It opened my eyes to "segments of society" called Unreached People Groups, where the gospel had not yet taken root. Hearing him speak in his calm, professorial style changed my life and shaped the course of my ministry focus to this day. After finishing college and seminary, my wife and I joined the staff of the U.S. Center for World Mission, now named Frontier Ventures. We never thought we would be here more than a few years, but here we are…compelled by a vision to see God's fame and glory declared in the people and among the places where it has not been…yet.

Born in 1924, Ralph Winter grew up in Southern California in a solid Christian home. As he started college at Caltech, he heard of the need for more pilots in the Second World War, so, he finished his B.S. in Engineering at Cal Tech in just two and a half years. Then, he finished pilot's training just as the war was ending and so returned to civilian life for further education, which included an MA from Columbia, a PhD at Cornell and his MDiv at Princeton Theological Seminary. He was probably one of the first students ever to do an MDiv after a PhD!

He and his wife Roberta, served as missionaries in Guatemala for ten years, working to help train rural pastors in established churches in the highlands. There, he, James Emery and others developed the idea of Theological Education by Extension, which is still used in more than 70 countries around the globe. Ralph and Roberta returned to teach experienced field missionaries at Fuller Seminary's new School of World Missions (now School of Intercultural Studies) with Donald McGavran.

Many alumni of that program have mentioned to me they remember Winter's course, which included innovative ways of seeing how God has been working through history to expand his purposes globally.Since the students had all served internationally, they were also examining what was currently happening around the world. That was part of what Ralph and Roberta used to prepare his plenary presentation for first Lausanne Congress in 1974. That presentation launched a renewed vision to reach peoples without gospel witness.


Ralph and Roberta always said they weren't sure if anyone really heard what they were saying that morning in Lausanne. But two years later, in October of 1976, they founded the U.S. Center for World Mission.Later, at the 2010 Lausanne Cape Town gathering, Winter's presentation was mentioned as one of the 3 key outcomes. You can see the impact of the vision when you consider the global "buy-in" with the vision of reaching Unreached People Groups.

Earlier in 1969, the Winter family — with all four young daughters as partners — founded William Carey Library (now William Carey Publishing) to publish some of the great studies being done on churches around the world. They also established the William Carey International University in 1977 to provide "distance" education before the internet was a thing! In collaboration with others, Winter designed the course Perspectives on the World Christian Movement, which has more than 270,000 alumni globally. 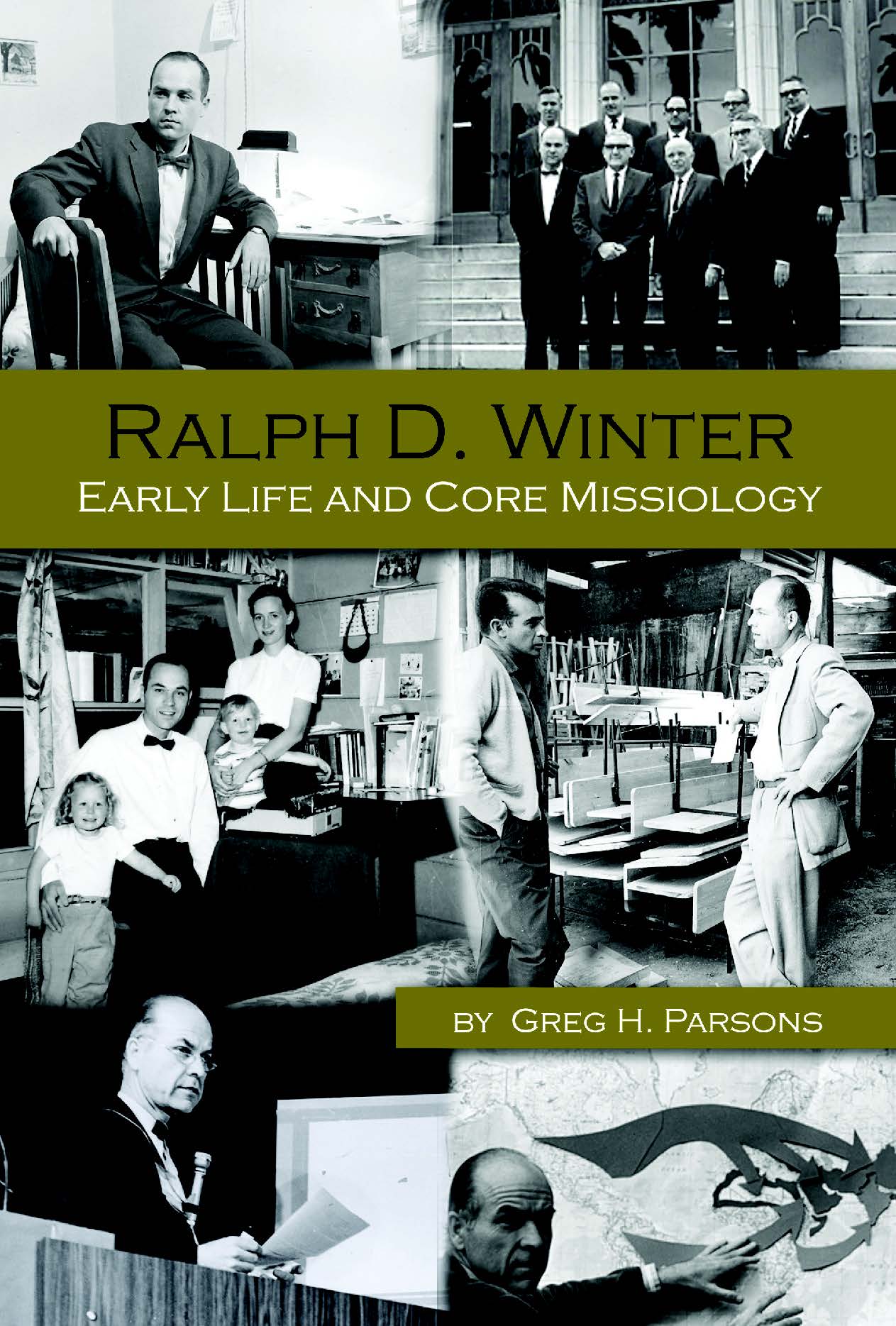 Many more organizations and ideas flowed during Winter's life. After researching his life, and interviewing a number of people, I wrote the book: Ralph D. Winter: Early Life and Core Missiology tells the story of his life, up to the beginning of the USCWM. If you're interested in this book, please write us an email HERE to obtain a copy.

Ralph Winter helped inspire a generation of mission servants, leaders, practitioners. I have interviewed more than 60 of them and talked to hundreds more. Those stories show the impact of a man who was shaped by the word of God to take on the mission of God in order to "bring about the obedience of faith among all the ethnos" (Romans 1:5) and bring others along with him. His life is an example of a faithful servant who sought to follow Paul's example in 2 Timothy 2:2.

“And what you heard me say in the presence of many witnesses entrust to faithful people who will be competent to teach others as well.”

Those 60 interviews are just a small number of many who were impacted by the vision of the Unreached. Now, another generation that was never able to meet Winter is carrying on that vision — both on the field around the world and in mission leadership and scholarship.

There is additional information about Ralph Winter's life and background at: www.ralphdwinter.org. We have extensive archives of Ralph and Roberta, as well as some of Donald McGavran's letters and files. All the USCWM/WCIU archives include about850boxes of letters, photographs, audio cassettes (which have been digitized) videos, films, brochures, microfilm….

My wife and I, as well as the rest of our staff are pressing forward in innovation, mobilization and training — all that the Unreached can hear the Gospel in a way they can understand and respond to. We long to see others understand and engage with the vision Winter was faithful to. With almost 40 years on staff, this all has given us a great sense of fulfillment in ministry and life.

Watch this page (the Frontier Ventures Blog) for more posts about Winter, McGavran and clips from those 60 video interviews. Soon, I'll post a few clips from his famous presentation at Lausanne.

If you would like more information about Frontier Ventures or Ralph D. Winter, email us by clicking HERE. 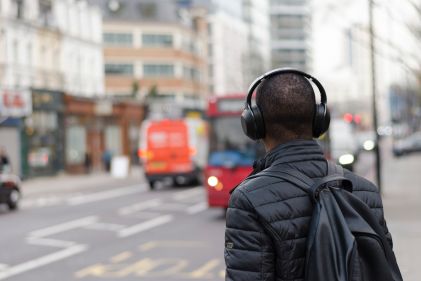 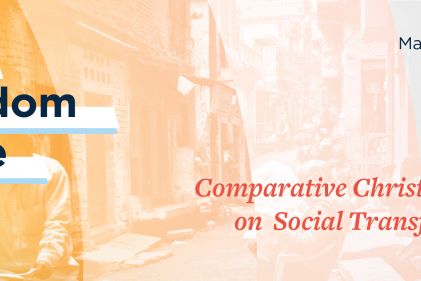 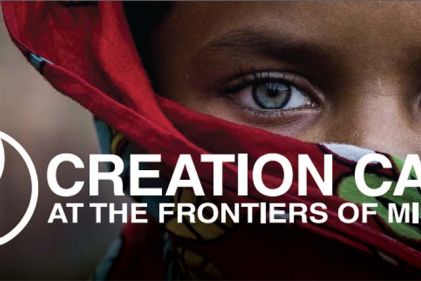 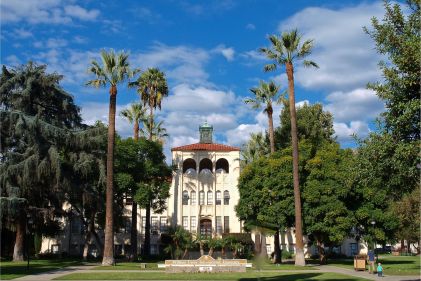